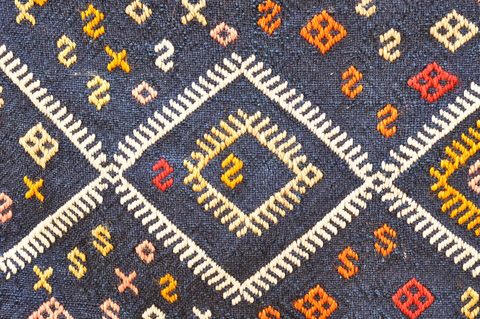 History of the Turkish Rug

The history of Turkish rugs which are hand knotted or flat woven in the Kilim, Soumak, Cicim or Zili style are world famous as works of art. Their beauty and utilitarian value as protection against the cold are the result of thousands of years of cultural, environmental, religious and socio economic and political conditions among the nomadic Turkic people of central Asia, Turkey and the ancient regions east of Anatolia. Traditionally, women have been the master designers and weavers of these rugs.

Similar to the Persian carpet, the Turkish rug evolved during the medieval Seljuk period and reached maturity during the early Ottoman Empire. The rugs were produced in an urban atmosphere with large amounts exported for commission by the courts of the time. Modern Turkish rugs are still inspired by the markers of that era including quality wool, cotton or silk materials, the classic double knot weave, motif and their intended use. Turkish pile rugs and kilims are used as tent decorations, grain bags, camel and donkey bags, ground cushions, oven covers, sofa covers, bed and cushion covers, blankets, curtains, eating blankets, table top spreads, prayer rugs and for ceremonial occasions.

The oldest known rug is called the “Pazyryk”; it dates back to the 5th century B.C. and was discovered in the late 1940s by Russian Professor Sergei Rudenko. It was part of the Scythian burial mound located near the tri-border area of modern day Russia, Mongolia and China. The exact origins of Turkish carpets are still debated but there is a general scholastic agreement that rug weaving originated in Central Asia.

The people of Anatolia have evolved greatly over the centuries and include great civilizations such as the Hittites, the Phrygians, the Assyrians, the Ancient Persians, the Ancient Greeks, the early Byzantine Empire and slightly more recently the Seljuks and the Ottoman Empire. There are written records of carpets being used by the ancient Greeks and Persians, but little detail about what they looked like or of their quality. It is believed that nomadic tribesman introduced the knotted rug to Asia Minor and the Middle East in the latter period of the great Turkic migration of the 8th and 9th centuries.

Seljuk rugs from the 12th, 13th and 14th centuries were found in Turkish mosques and now adorn museums and private collections around the world. Very little is known about rugs before these periods, perhaps because fibers break down over time.

European paintings from the middle ages through the Renaissance show intricate Anatolian rugs from the Seljuk Empire. These rugs were purchased and displayed by the wealthy to show their socio-economic status. They were called many names including “Lotto carpets”, “Holbein carpets”, and “Memling” or “Memling gul carpets”. These names refer to the rugs in paintings by Lorenzo Lotto, Hans Holbein the Younger and Hans Memling.

Seljuk carpets are known for repeating rows of geometric and stylized floriated motifs called guls and by Kufic style inscription border patterns. The 14th century brought free-style, large animal figures and the 16th century brought medallion motifs and the diverse foliate compositions as influence grew from the Ottoman territories and the Persian and Mamluk arts. Two major types of rugs evolved in this era: Usak rugs with one or more large medallions and Ottoman Court rugs with nature-themed motifs such as detailed floral designs of Turkish flowers.

The modern rug industry took off in the 19th century when large carpet manufacturing plants were setup in Iran, Azerbaijan and Central Asia to meet the international demand for fine Turkish carpets.

If you own a beautiful Turkish rug you should treat it like a piece of original art. The rug cleaning experts at Steam Sweepers will identify your rug’s origin and materials and clean it carefully in order to restore or maintain its original beauty. Call us today!