Repairing rug sides “Selvage” are the most common rug repairs

Many production rugs from Iran, India and particularly Pakistan have problems with the selvage separating from the side of the rug. This is caused because the wefts are cut along the entire length of the rug. Production looms can have three to five rugs woven onto a single loom, making it necessary to cut the weft yarns along the sides of the rug, this cut separates one rug from other. A selvage cord is then over casted (Whip Stitched) by interlocking between warp yarns. Since the weft yarns did not make the 180 degrees return to the other side of the rug (remember they were cut) the only thing preventing the selvage from separating are a couple warp yarns, maybe three. Over time production rug sides (Selvage) will need to be repaired. 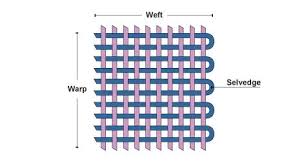 We repair rug sides that are worn or damaged. Also we teach our customers the repairs themselves.

On most hand knotted rugs the fringe is part of a rugs foundation. Typically the foundation is created by several intersecting warp and weft yarns. The warp yarn travels the length of the rug; they terminate at the ends, creating the fringe. The weft yarns are woven into the intersecting warp yarns. Again they either terminate because they are cut like a hand knotted production rug or they return to the other side of the rug intersecting with the warp yarns in a woven fashion as they journey to return the other side. The pile yarns are knotted to the warp yarns, one at a time, on silk rugs there can be millions of individual handmade knots. The pile or nap yarns create the pattern, hand (feel) of the rug, essentially creating the rugs identity. Flat Weave or Kilim rugs have no pile yarn. On flat weave rugs the weft and warp yarn creates the pattern, hand and identity. The warp yarns almost always create the fringe. 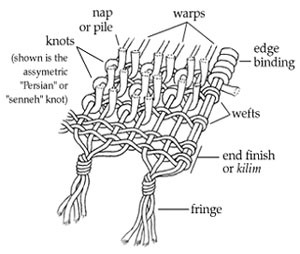 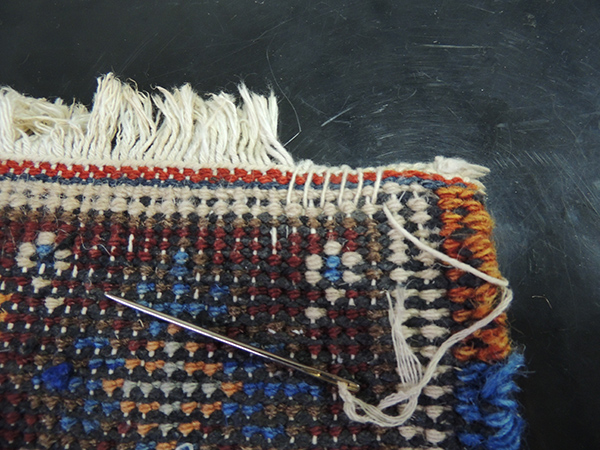 As fringe wears and or gets chewed up by vacuum cleaners an over casting stitch can prevent the weft yarns from separating, this will stabilize the rug ends.

If the fringe is worn to a point where it’s shorter on a portion of the rug, the remaining fringe can be cut which provides a better look and can add value to the rug.

Sewing on a manufactured fringe will devalue a hand knotted rug.

Any repairs that require patching of holes, reweaving rug sections or overdyeing would be referred out to a Master Weaver. 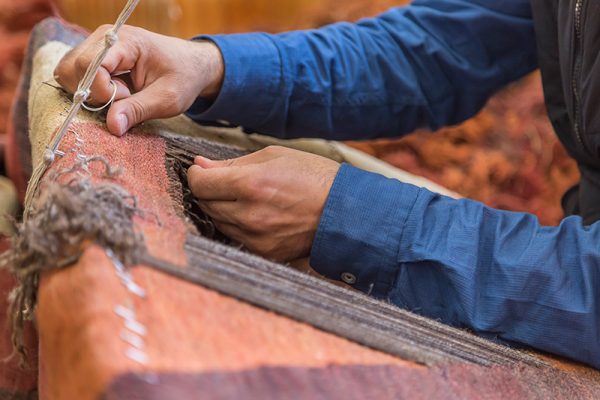